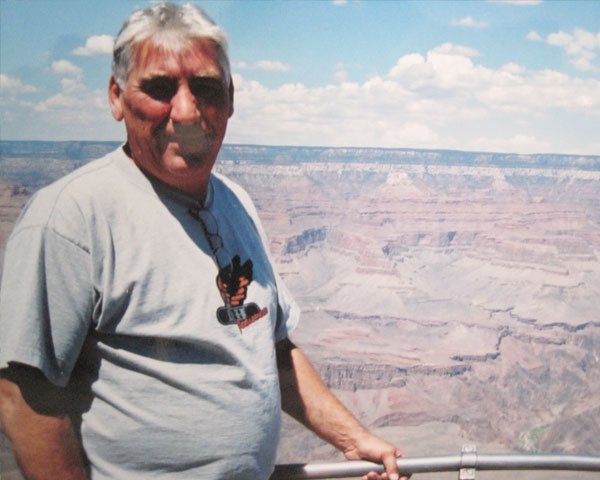 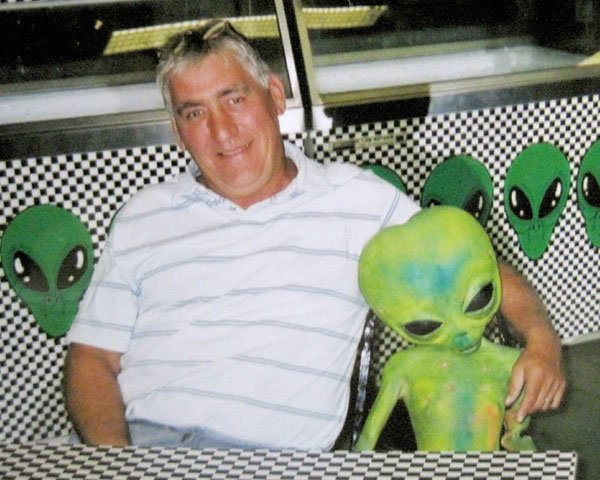 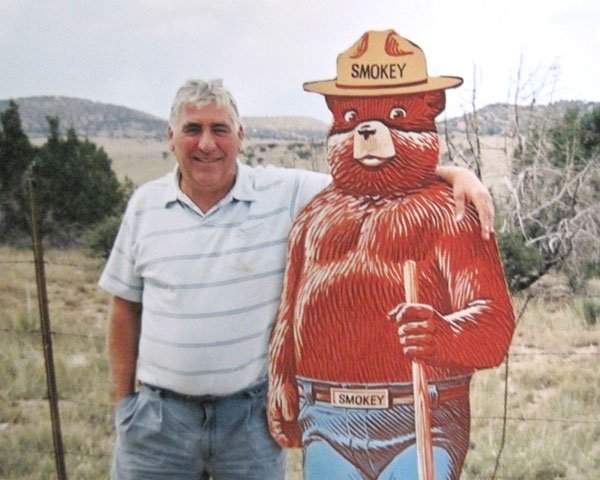 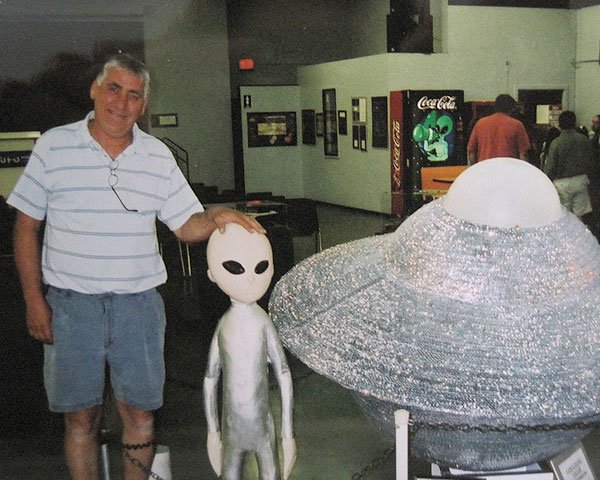 September 2003, I started chemotherapy and added some new heroes to my team. The nurses of the Chemo unit are amazing and made the time I had to spend there enjoyable. The nurses and Rhiannon (the amazing receptionist in the Chemo unit) took great care of me and always found a way to make me smile. I was scheduled to do four treatments. Each treatment would start on a Wednesday, injecting me with Chemo drugs until Friday. I was able to go home in the evenings but sitting or lying there for eight hours was exhausting while your body is being taken to its lowest levels. Thankfully, the nurses were always there to try to make me comfortable. I would then return in 3 weeks when healthy cells would recover enough to hit me again with chemo. I survived my last treatment in November 2003 with no real troubles other than the normal sicknesses. My markers were good, and I could go on restarting my 2 month checkups. During the Chemo treatments my life took an amazing turn. I was going to be a Dad and my baby was to be born in May 2004. I returned to work in December as I was preparing for fatherhood. My daughter was born, markers were clear, and my life changed, I was a dad now! I took 6 weeks off to help at home. I wished I could have stayed longer but it was time for me to get back to work. I completed my tests at the Cross and headed out to work. For some reason I could not see Dr. North and Carley before I left but was confident everything was fine. I was on my way to Regina when my phone rang, it was Carley and she had bad news. My results showed that my blood markers had risen above normal. I returned home the next day for more tests. September 2004, I started Chemo again. This time a different recipe; 6 treatments, 4 days of injections, same three-week recovery and hit me again. Nothing could stop me this time. I had a daughter now, and I had to win. However, it would not be easy as the lymph nodes carried my cancer up towards my lungs. Walking back into the Chemo room I could tell my Heroes were sad, but they did not skip a beat. They put a smile on my face, made me comfortable and we got to work kicking cancer's ass once again. These treatments were worse than I could imagine with side effects at every turn. After my first treatment I became very sick, my lungs filled up with fluid and I lost the ability to stand up. I was rushed to the hospital, transferred to the Cross, had my lungs drained with a needle through the back and spent a week in the hospital. When I returned for my second treatment, my immune system and healthy blood cells had not recovered enough to start the treatment. My 4 days a week turned into 5. I now required a blood transfusion before starting any of my remaining treatments. These treatments were pure hell, the sickness was worse, and it lasted longer. During one of the treatments I got so sick a nurse rushed into my room, jumped over me and ripped out my IV. I had a reaction to one of the chemo drugs, I almost died. January 1, 2005, I survived once again! With treatment completed we celebrated the New Year as a new start. We celebrated with my mom and dad who were there after every single treatment, all 10. The reality was I was done, but mentally I was a wreck. When you go through this like I did, you constantly wonder how long until it comes back again, you get mentally exhausted from fighting. Every sickness, ache, pain or just something that does not feel right, my first thought is “I hope my cancer is not back”. August 2007, I was 33 years old. I had a new son, and life was great. For the last 2 years I had the same schedule. Two months tests and visits to the Cross to see my Heroes. This time it would be a different visit. I walked in to see Dr. North and Carley, same as always, start with some small chit chat and get into my results. Markers were clear, but this time instead of scheduling my next visit, Dr. North said, “this place is for sick people and you're healthy we do not need to see you anymore”. A long six years and it was finally over.

September 2007, my Dad and Mom were in town for an anniversary celebration. My Dad mentioned to me that he had a sore back and seemed exhausted. My dad was always the strongest bull in the pen. In my entire life I never saw the man I looked up to ever admit something was wrong. He was willing to help anyone with anything at any time, even if he was hurting. It was never about him, always who he was with. I had never heard him complain about anything. When they returned home after the weekend, he decided he would go for some tests. November 2007, I phoned home to talk to my Mom and Dad to see how they were doing. My Mom told me the bad news before my Dad got on the line. My Dad, the man that was there through every step of my battle, was diagnosed with Prostate Cancer. I could not even imagine how much it tore my Dad apart to see his only child battle Cancer over the last six years, but he was there, along with my Mom every step of the way. He was still young, planning to retire, start travelling and spending more time at the lake. He had big plans. Prostate Cancer, we did not know much. Doing some research, it seemed there was a high rate of survivors. More tests were completed over the following months, and the news got worse. The cancer was not caught soon enough, it had already spread into his bones and there was no cure. My Dad was no longer able to work. This was not the retirement he and Mom planned. The hero in my Dad’s case was my Mom. She was forced to retire early and became his caregiver. My Dad never lost a fight and was not willing to go down on this one. Over the next couple years Mom and Dad spent their time going for hospital visit after hospital visit. My Dad would do or try everything they asked. Radiation treatments, surgeries, chemo, anything to fight for us. Nothing was working. As the cancer spread through my Dad’s body, he was deteriorating slowly and was in so much pain. Every time I saw him it was worse. This strong man was disappearing, he was barely able to move. He never gave up and constantly fought for us. That was the man he was, but he did not know that it was harder for us to see him suffer. How do you tell him that? He was the Champ. The idea of losing him scared me more than my fight did.Things were getting worse and by Christmas of 2008, he could barely move around without an aid. Confined to his house, he would only leave to go to doctor’s appointments. Time was running out, so we surprised my Mom and Dad with a trip to Disneyland. If we were going to go, we wanted our kids to have Grandpa there for their first time. To this day I do not know how my Dad did it in so much pain. He created memories that will last forever and did it all with a smile on his face. One year later he would lose his mobility and be in a wheelchair full time. My Dad, the bull, was already gone. 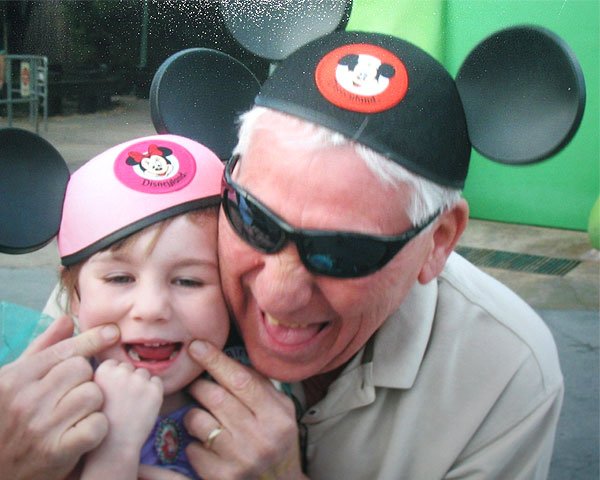 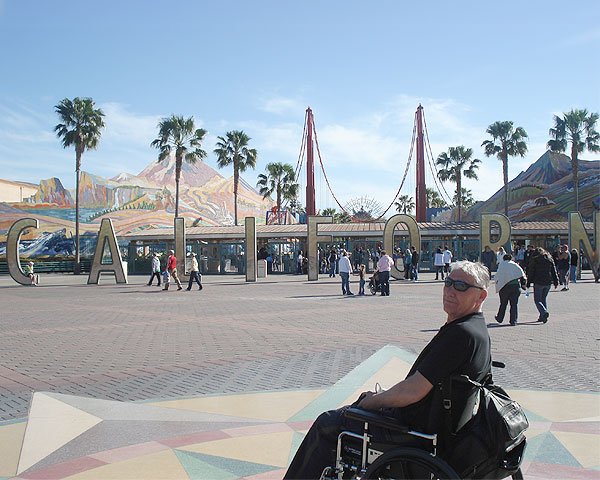 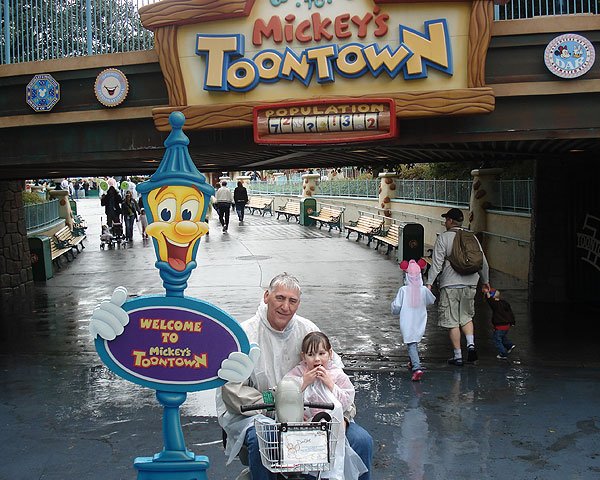 June 9, 2010, we had a call scheduled to talk to the nurses about next steps. When I spoke to my Mom, she said the nurse wanted to talk to me. When the nurse got on the phone, she said “your dad took a turn for the worse overnight and you need to get here”. I packed up, hit the road for the 5-hour drive while reflecting on everything that had happened. The drive felt weird, I did not shed a tear. I was “cried out” in a way, we had just spent 3 years crying. I was happy. As much as I did not want to lose my Dad, his suffering was ending. There would be no more pain. 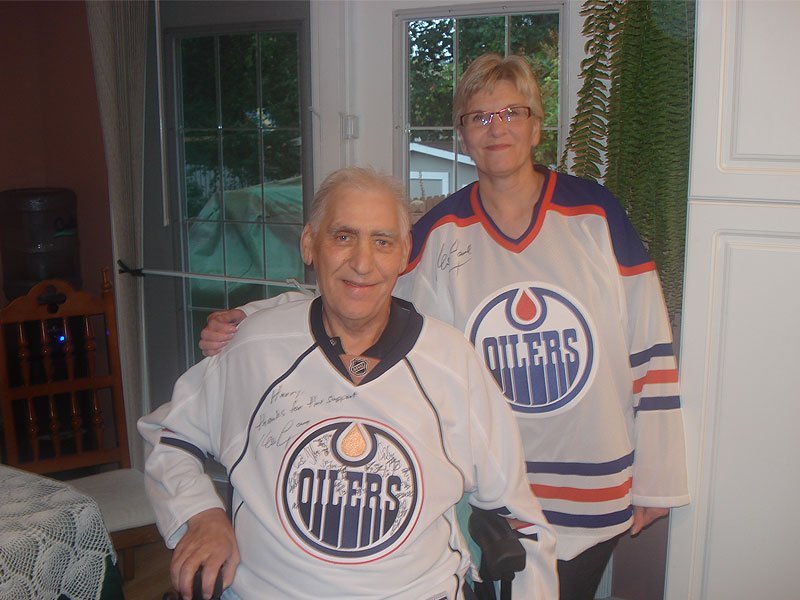 I Made it to his side, he waited for me to get there and we watched our last hockey game together that night. He was a trooper and would not go until a team hoisted the Stanley Cup. I spent time holding him that night as the Blackhawks won the cup. My Dad, the greatest man I knew, Harry Dalke, passed away from Prostate Cancer on June 10, 2010. He was 57 years old.

We never know just how special something is and how important the time spent with someone is until later.

Before my Dad passed away, he was able to see me start Tilt Inspection in 2010. I know he is proud of me. When days get hard, or I find myself in a situation, I ask myself “what would my Dad do?”. The answer usually is smile, listen, make them laugh and see if they want a drink. 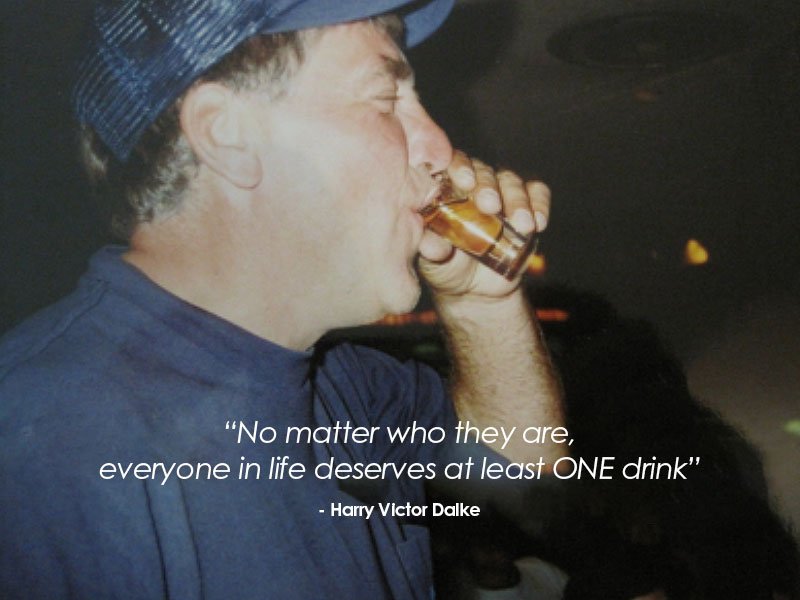 Today I am happy to say I have been Cancer free for 15 years. But even to this day, when I am feeling off, have an ache, or something does not feel right, my first thought is always “I hope my Cancer is not back.” Movember is important to me and my family. Cancer affects all of us.

I hope you can find it in you to donate to this cause. Everything helps.

Thank you to all the heroes from both my dad’s and my journeys. 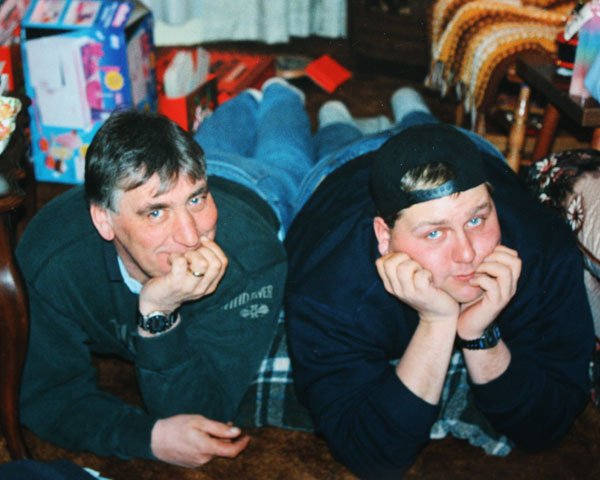 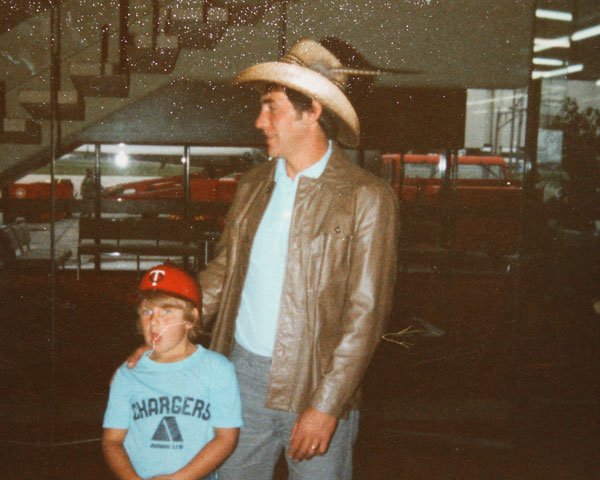 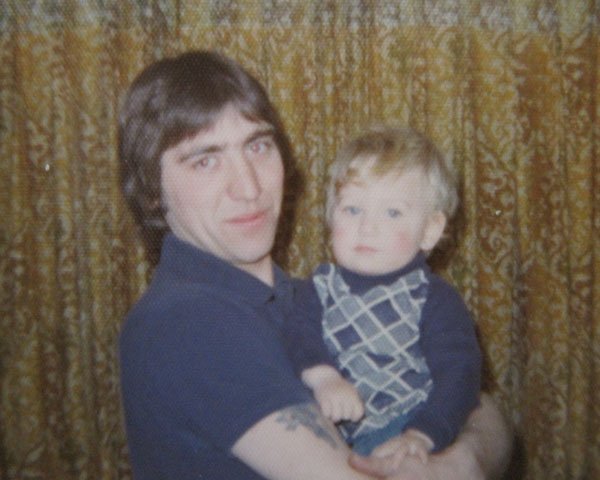 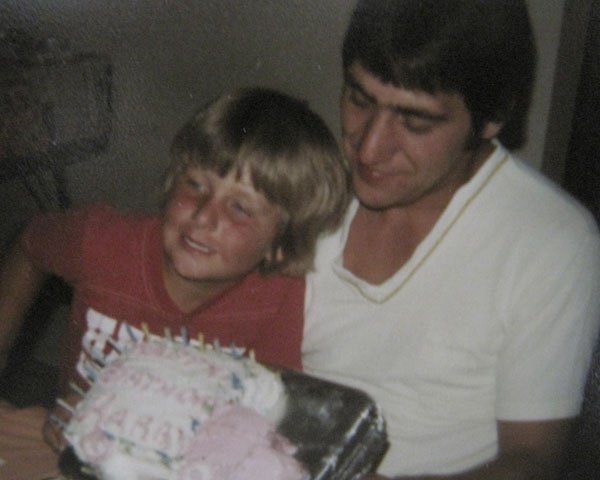